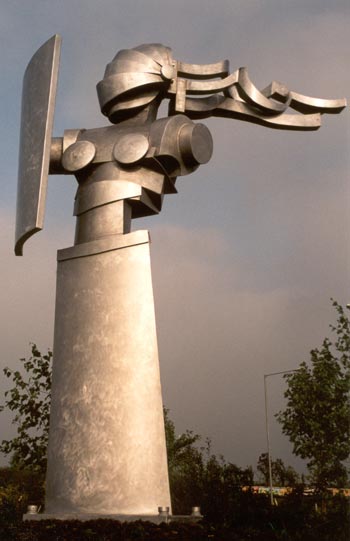 “It is fast becoming an icon for Colchester”
David McCaskey, The Hospitality Review, April 2009

From the centre of Colchester’s North Station roundabout, the 5.2-metre Boudica casts a commanding presence over the town. Her prominent form, clearly visible from the main railway line, is a modern-day effigy of the warrior queen, who fought against the Roman occupation of Colchester in 60 AD. With her outstretched shield and gravity-defying hair, she is made to look invincible, her very being constructed out of aluminium armour.

Boudica was jointly commissioned by the local Asda and the City & Council Developments in 1999. At this point, Jonathan had been experimenting with figure sculptures for years: see for example his winged creature, Monument to Deadalus, acquired by Norwich Castle Green in 1995. After Boudica, Jonathan’s preoccupation with figures, and particularly heads, continued. A special monograph, entitled Head On, was commissioned by Chappel Galleries and written by art historian David Buckman in 2000. 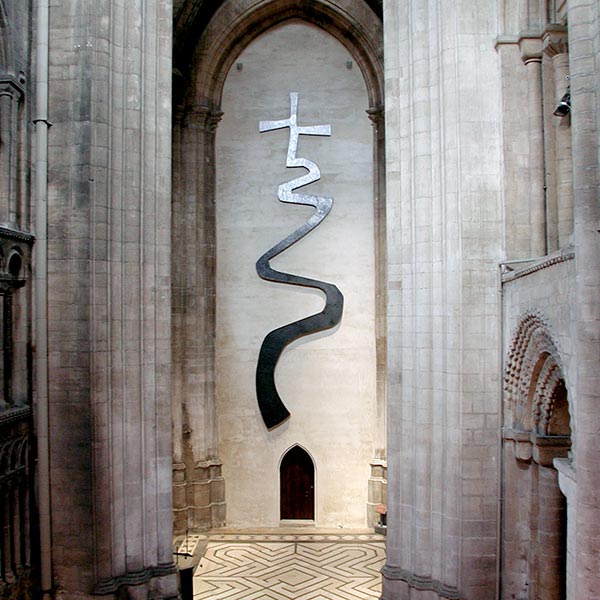 Art and symbolism unite in The Way of Life 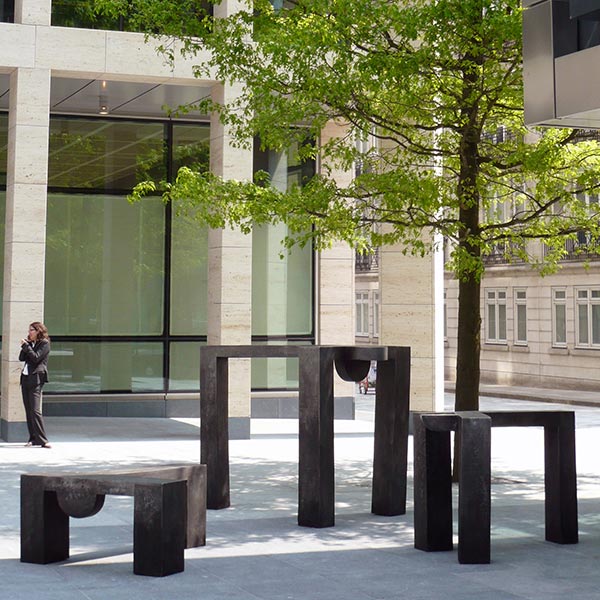 Sociable sculpture comes to the capital in the form of Browsers 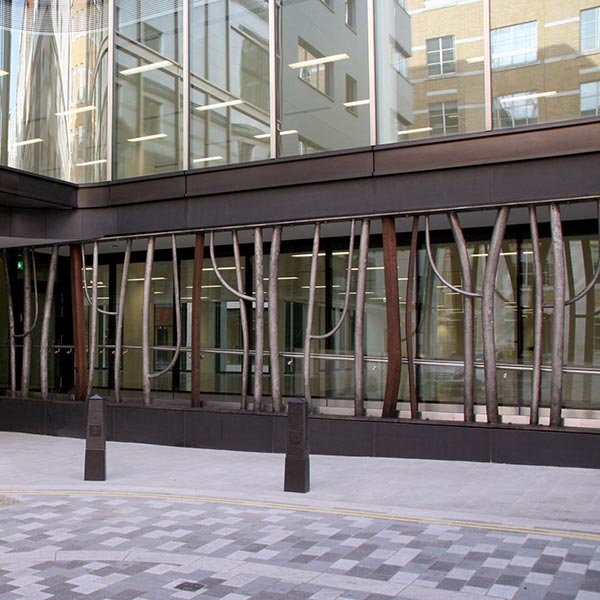 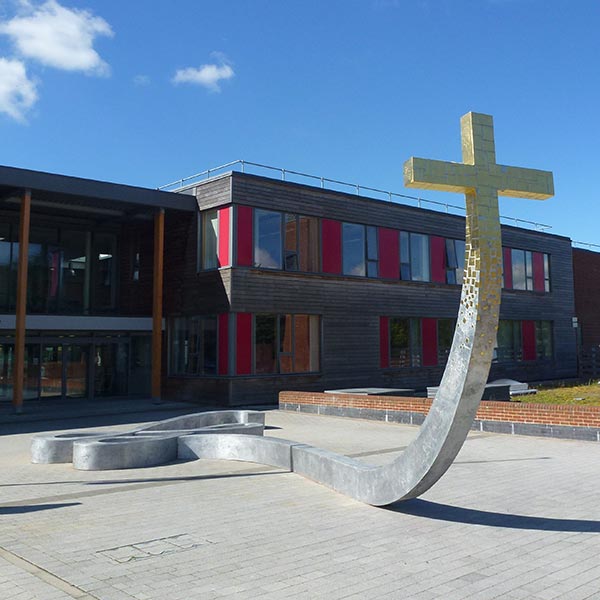